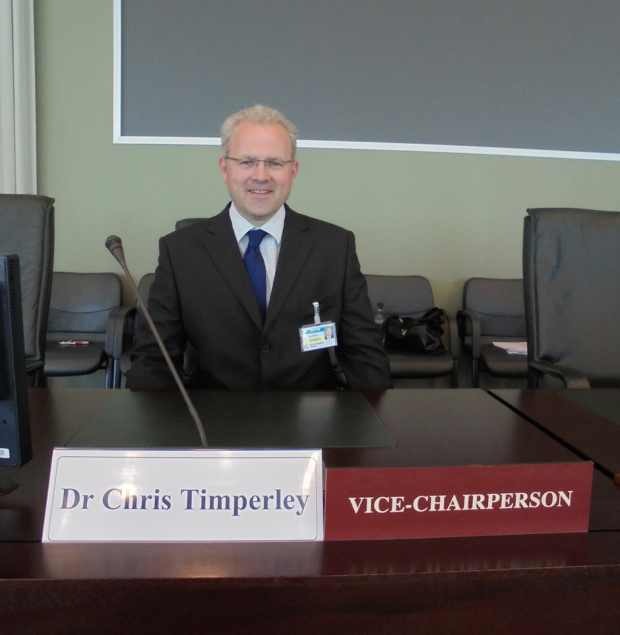 I am currently in my second year as Vice-Chair of the Scientific Advisory Board of the Organisation for the Prohibition of Chemical Weapons (OPCW) – the first time a UK official has held this post for two consecutive years since the organisation was established in 1997.

As a chemical defence expert, I work at the Defence Science and Technology Laboratory at Porton Down – one of only 21 laboratories worldwide that have the ability to detect chemical warfare agents, their precursors and degradation products at concentrations down to parts per billion – receiving the maximum ‘A’ grade in international proficiency tests.

In 2013 the Nobel Peace Prize was awarded to the OPCW for its efforts to eliminate chemical weapons. Based in The Hague, the organisation monitors the implementation of the Chemical Weapons Convention by Member States – 190 at present. The convention prohibits the development, production, acquisition, stockpiling, retention and transfer or use of chemical weapons by its Member States.

Detection of chemical weapons and proof of compliance requires investigation  and accurate detection. At Porton Down, we have been researching the ability of mustard seeds to absorb and store nerve agents. This involved contaminating  white mustard seed and then cultivating the resulting plants in different soil  types over different time periods to develop a new detection capability. Results  show that vegetation absorbs intact nerve agents, acting as a time capsule that  can reveal nerve agent use.