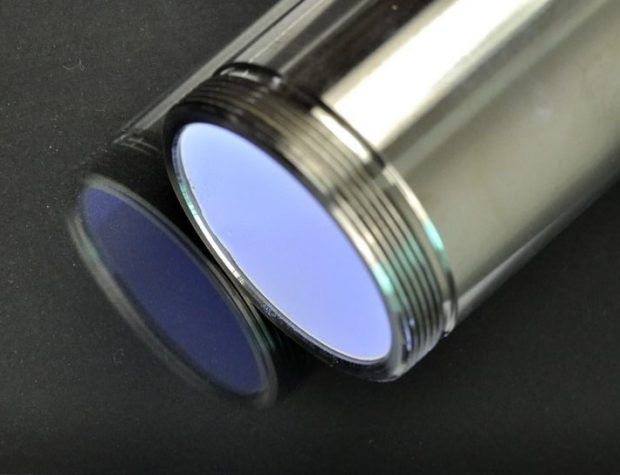 The benefits of using helium in children’s party balloons have long been recognised. The fact that it is much lighter than air and, unlike hydrogen, not flammable makes it ideal for the task. But what is almost certainly less well known is the crucial role the same material plays in the detection of radioactive substances such as uranium and plutonium as well as other illicit materials.

Incidents involving the theft of dangerous radioactive materials are on the increase. Governments and security agencies around the globe have long recognised the potential devastation that could be caused by a radiological dispersal device (RDD) (or a ‘dirty bomb’) terrorist attack on a major international city or even at a large scale event. However, the problem in detecting a dirty bomb before it is detonated is the difficulty in differentiating between the radiation emitted by the dirty bomb and all the other, benign radiation commonly found in the environment.

It is long been understood that brazil nuts emit radiation, but what many people may not know is that so do many other items that we are in regular contact with on a daily basis. These items include bananas, old pottery, some illuminated signs, glossy paper and even cat litter. Elevator buttons and some imported belt buckles and handbag clasps have been found to emit significant levels of radiation. So, sorting out the harmless from the positively dangerous - with the least possible interference to our lives and commerce - becomes paramount. It is here that helium enters the story.

Traditionally, neutron radiation detection systems have typically used helium-3 gas as their detection medium because of its low sensitivity to gamma rays. This makes the material very good at detecting neutrons. However, there is an issue. The global supply of helium-3 is severely depleted and thus it has become an expensive resource. Helium 4 (He-4) on the other hand is abundantly available and thus low cost.

Sourced from natural gas fields using cryogenic gas separation techniques, He-4 has a very low charge density making it virtually immune to gamma radiation. What the scientists at one innovative company have cleverly been able to do is use the qualities of He-4 and other members of the noble gas family such as xenon and argon to create a new breed of detection systems that detect more, perform better and yet often cost significantly less than other legacy detection systems currently in operation. Most importantly, these systems generate fewer false alarms than many legacy systems and are particularly sensitive, making them efficient at detecting even heavily shielded materials. As a result, these new detectors are set to play a crucial role countering the evolving threats to our safety.

So how do they do this? The fact is, it is much easier to hear a whisper in a quiet room than it is to hear a shout in a train station. The same principle applies to radiation detection, the lower the background interference, the more easily a signal can be detected.

Thermal neutron detectors are sensitive to the entire background which can often mean an increased level of false alarms. Whereas, fast-neutron detectors - like one of the new systems developed by Arktis Radiation Detectors - are not a

ffected by the same issue because they can focus on the energy range of interest - for example the one where fission neutrons are emitted that are used to build specially dangerous types of radiological bombs. Here the natural background is substantially weaker. Arktis has also developed large area low cost thermal and fast neutron detectors as well as gamma detectors to be sensitive to an extended range of threats and provide indications about shielding.

Their particular proprietary technology uses compressed noble gases such as xenon, argon, and natural helium as a detector medium. All of these materials allow very powerful discrimination between gamma and neutron radiation, nevertheless, they have different unique properties: xenon, has very high charge density, making it well suited for high resolution gamma detection. Argon is perhaps one of the most cost effective detector materials on earth and natural helium (He-4) has very low charge density, making it virtually immune to gamma radiation and thus increasing neutron detection performance.

The applications for systems based on this new technology are many. The most obvious use is at ports, airports and border crossings, through which terrorists might choose to move the dangerous materials required for a dirty bomb. Another application is in the steel industry where similar systems can be used to scan scrap metals heading for the furnace that may have been contaminated and thus pose a risk to the supply chain.

So the next time you pick up a helium filled balloon, consider what is in it and the crucial role it is playing to safety around the world.