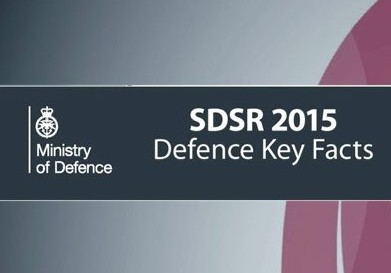 The National Security Strategy and Strategic Defence and Security Review (SDSR), published at the end of 2015, recognised that the UK is a global leader in science, technology, medicine, energy, and the creative industries. Many new ideas and funding streams for science, technology and innovation have been announced for 2016 and beyond.

As home to 18 of the world’s top 100 universities - four in the top ten - the UK has significant and growing education links worldwide. Globalisation and technological advances bring unparalleled opportunities to the UK and to people around the world. But, there are also threats from technology.

The following are some of some of highlights from the review, showing the impact of technology and wider technological developments on the UK, and the associated continuing and new investment commitments.

The UK increasingly relies on networked technology in all areas of society, business and government. This has brought significant benefits. There is inherent resilience in the internet’s decentralised nature, but we are vulnerable to attacks on parts of networks that are essential for the day-to-day running of the country and the economy. The threat is increasingly asymmetric and global. Reliable, consistent cyber defence typically requires advanced skills and substantial investment.

The new £165 million Defence and Cyber Innovation Fund supports procurement of innovative solutions to the challenges facing the Armed Forces.

But this technology will also become available to more state and non-state actors, including terrorists, organised crime groups and cyber criminals. This could reduce Western states’ technological advantage as controls on access to knowledge and materials become harder to maintain.

The government will dedicate 1.2% of its growing Defence budget to the Defence Science and Technology.

Ways of finding and funding science, technology and innovation

The Government has championed new approaches to innovation to work with the private sector and academia. Through the Small Business Research Initiative, it has let more than £270 million of contracts, with MOD as a major user of the initiative.

A network of nine catapult centres have been established across the UK to promote research and development collaboration between scientists, engineers and business and to help drive future economic growth.

MOD has increased collaboration with industry, setting up the Defence, Cyber, and Security and Resilience Growth Partnerships to support the competitiveness and export success of defence and security products and services.

As part of the Defence Growth Partnership, MOD are exploring different forms of financing to unlock greater private sector investment in defence innovation. The Government and industry have jointly funded the new Defence Solution Centre and the Security Innovation Demonstration Centre, which create new collaborative and commercially aware approaches to defence and security challenges.

The Ministry of Defence (MOD) will spend around £800 million on boosting innovation over the next ten years.

Disruptive Capability
The Government has invested in new technologies that have the potential to disrupt adversaries - high risk/high return areas of research that can deliver potentially game-changing advances. The Research and Development Board, under the leadership of Minister of State for Defence Procurement Philip Dunne and MOD Chief Scientific Adviser, Professor Vernon Gibson has increased spending in these areas from 5 percent to 20 percent over the course of three years.

Collaboration
The UK will continue to work closely with allies and partners - many of whom are pursuing similar innovation initiatives.

The US are pursuing their Third Offset Strategy, which aims to retain their military advantage into the future. France has important technology programmes, especially in aerospace, maritime and space capabilities. And the UK also has other important security relationships and with multilateral forums, including NATO.

Follow the development of these ideas and the results of the new projects and programmes on the Defence Science Blog throughout 2016.