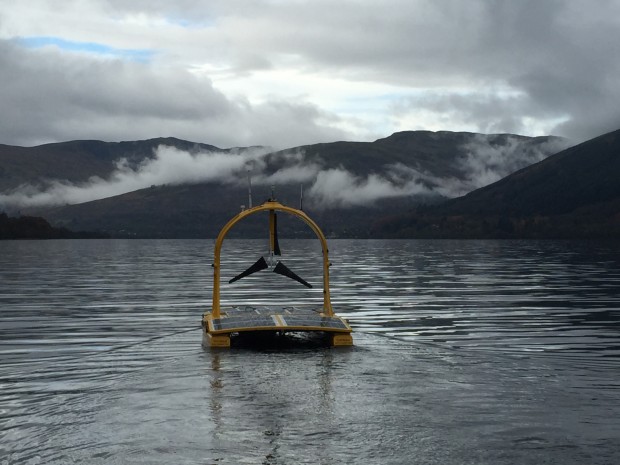 ASV is a small and medium sized enterprise (SME) based in Portchester. We design, build and operate a wide range of unmanned marine vehicles, delivering over 70 systems to 10 different countries. We have benefited from funding from across government - Defence, Innovation and academia.

In recent years, marine autonomy has become one of the fastest areas of technological development in the UK and the potential use of these systems is being realised in the Offshore Energy, Science and now Defence sectors. The UK offers an ideal development environment for this technology, having a wide range of sensor companies, platform specialists, communications suppliers and academic research base. It is further supported by centres such as the Maritime Robotics Innovation Centre at the National Oceanography Centre (NOC), and the MOD's Science and Technology Programme through Dstl looking to future maritime operations.

The National Oceanography Centre (NOC) initiated a Small Business Research Initiative (SBRI) for a long endurance marine Autonomous Surface Vehicle (ASV). They needed a vehicle which could use new sensor technology to gather data from the oceans for several months at a time. The SBRI was also co-funded and

supported by the Natural Environment Research Council (NERC) and the MOD's Maritime Freedom of Manoeuvre programme - a £30 million a year element of the overall Science and Technology Programme. Defence were interested in persistent platforms that could allow the Royal Navy to deploy sensors and payloads at sea for long periods of time, cost effectively.

After assessing the criteria, we realised that none of our existing vehicles would be able to meet the three month endurance requirement. We set about designing a new vehicle on a blank sheet. The concept for the ‘C-Enduro’ was brought about by two of our engineers who have a passion for solar boats. Solar power became one of the vehicle’s power sources alongside wind power and a small diesel generator. Using renewable energy not only enabled us to meet the three month requirement, but also meant we could generate enough power to house a multitude of sensor equipment. The design was finalised after scale model testing and in 2013 we started building the C-Enduro.

Throughout the design and build process we worked alongside a series of partners including Cranfield University who helped in the development of advanced collision avoidance techniques, complying with the COLREGS, maritime rules of the road.

C-Enduro was first launched for sea trials in November 2013 in the Solent off Portsmouth. Following further trials, including a data collection trial off Oban in Scotland, we officially launched C-Enduro in March 2014.

Working with the NOC throughout the process enabled us to develop the product to end user requirements, not only meeting their brief, but also leaving us with a product ready for the market.

Following the successful development of the C-Enduro, ASV has produced two further vehicles -  one for the NOC and one for Heriot-Watt University. Both organisations are using their C-Enduro as part of their marine autonomy research programmes.

The NOC C-Enduro ‘Thomas’ has just completed a two week deployment on Loch Earn in Scotland where it demonstrated a range of advanced behaviours, including contour following with a Multibeam EchoSounder. This work was completed with a project partner company called Seebyte who develop software for a range of unmanned marine systems.

Since the completion of our SBRI, the market for marine autonomy has completely taken off. In 2014, the government announced its intention to invest heavily in Maritime Autonomous Systems (MAS), recognising

that this area of technology is one in which the UK could become a world leader. We have been fortunate enough to be involved in several other Innovate UK funded projects; In March 2015 we announced that along with nine other commercial and research organisations we had been awarded Innovate UK funding to undertake in excess of £3 million worth of research and development for Maritime Autonomous Systems (MAS).

The UK has a strong foundation for a competitive edge in the provision of Marine Autonomy. Thanks to Innovate UK and funding from MOD's Science and Technology Programme, ASV's work in developing these systems will ensure that the UK remains at the forefront of this new technology.

We are industry leaders in the field and we’re not stopping there! We are already looking forward to a busy 2016, with several new vehicles due to be completed next summer.